With its hundreds of white sandy beaches and abundant natural wealth.

Sri Lanka is one of Asia’s ultimate tropical paradises.

Today, you can enjoy its variety of landscapes, its cultural diversity as well as the remains of its thousand-year-old history and rich in foreign influences.

Sri-Lanka is the Asian country to visit absolutely.

“Ceylon” became Sri Lanka in 1972. Located just above the equator, in the middle of the fresh waters of the Indian Ocean, the island’s legendary reputation for natural beauty has inspired an almost magical look, even for those who have never visited Sri Lanka.

A population of more than 22 million inhabitants, a third of whom are under 15 years of age.

Sri Lanka has 2 official languages, Sinhalese and Tamil.
The former is predominant in most of the country, with 75% of speakers being Sinhalese and about 14% Tamil. 10% of Sri Lankans also speak English.

92% of the people living in the country are literate, which means that Sri Lanka has the highest literacy rate in South Asia as a whole.

With more than 2 million visitors in 2016, tourism confirms its role as a driving force for services.

The currency is the Sri Lankan rupee, the conversion is about 1€=160 rs. This conversion must be updated.

Because the country has many waterfalls, most of Sri Lanka’s electricity is powered by hydropower.

4th largest producer in the world after China, India and Kenya, Sri Lanka is one of the world’s largest tea exporters. 4% of the territory is occupied by tea plantations. On average, 20 kg of leaves are collected daily by each picker.

On the ancient sites and ancient Buddhist monasteries, we find the history of the ancestral practice of natural herbal Ayurvedic medicine.
The vast and specialized knowledge of physicians and surgeons in ancient times is amazing.
Ayurveda has spread to us; it is taught at Colombo University and officially practiced in Sri Lanka.

Nearly 2600 plants in Sri Lanka are used in Ayurvedic pharmacy.

For example, spice cinnamon from Sri Lanka was discovered by the Egyptians.

the historic city of Polonnaruwa (1982)

Polonnaruwa, Sri Lanka’s second capital after the destruction of Anuradhapura in 993, includes, alongside the Brahmanic monuments erected by the Cholas, the monumental remains of the fabulous garden city created in the 12th century by Parakramabahu the Great. 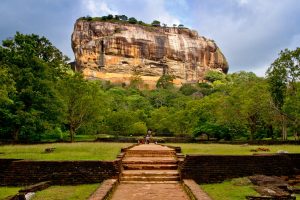 On the steep slopes and at the top of a 180m high red stone rock, the “Lion’s Rock”, which dominates the jungle from all sides, remain the ruins of the citadel of which the parricide king Kassyapa (477-495) made his capital. A series of galleries and stairs leading into the mouth of a colossal lion built of brick and plaster provide access to the site.

the holy city of Anuradhapura 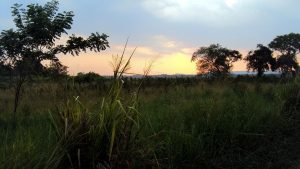 This sacred city was established around a cutting of the “tree of awakening”, the Buddha fig tree, whose cutting was brought in the 3rd century BC by Sanghamitta, founder of a female Buddhist order. Anuradhapura, Ceylon’s political and religious capital for 1,300 years, was abandoned in 993 following invasions. Long buried under a thick jungle, the city, with its palaces, monasteries and other monuments, is once again accessible in its admirable site.

the old town of Galle and its fortifications (1988) 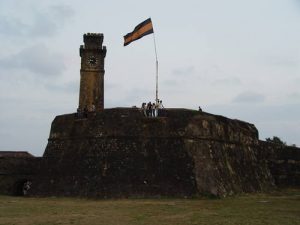 Founded in the 16th century by the Portuguese, Galle reached its peak in the 18th century, before the arrival of the British. It is the best example of a fortified city built by Europeans in South and South-East Asia that illustrates the interaction between European architecture and South Asian traditions.

This sacred site of Buddhism, commonly known as the “city of Senkadagalapura”, was the last capital of the kings of Sinhala whose patronage allowed Dinahala’s culture to flourish for more than 2,500 years, until the British occupied Sri Lanka in 1815. It is also the site of the temple of the Tooth of the Buddha, a famous place of pilgrimage. 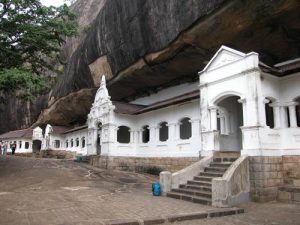 Sri Lanka’s leading pilgrimage site for 22 centuries, this rocky monastery, which contains five sanctuaries, is the largest and best preserved group of cave temples in Sri Lanka. It is particularly noteworthy for its Buddhist mural paintings covering an area of 2,100 m2 and 157 statues

Located in southwest Sri Lanka, Sinharaja is the last viable area of primary tropical rainforest in the country. More than 60% of the trees are endemic and many of them are considered rare. The endemic fauna is numerous, including birds and 50% of mammalian and butterfly species, as well as many kinds of rare insects, reptiles and amphibians. 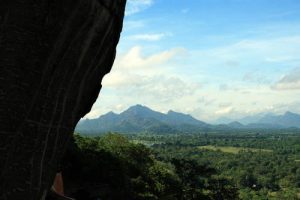 The Sri Lankan Highlands are located in the south-central part of the island. The property includes the Peak Wilderness Protected Area, Horton Plains National Park and the Knuckles Conservation Forest. These mountain forests, which rise more than 2500 m above mean sea level, are home to an extraordinary variety of flora and fauna, including several endangered species such as the purple-faced semnopithecus, the Horton Plains hail loris and the Sri Lanka leopard. The region is considered a biodiversity hotspot in Sri Lanka. 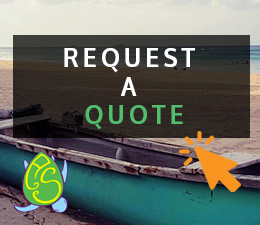